Crate training is the easiest and most effective way to stay in control of your young dog. Especially for the first couple of months, it is imperative to keep an eye on your puppy at all times. This is important for two reasons, the first being the pup’s safety. The second reason is to avoid letting the puppy do things that we humans consider mischievous. If a puppy is allowed to freely do things that we do not like then that behavior will become a habit. Your puppy might like chewing on your floorboards and when we find the damage half an hour later it will be too late to correct him, because he will not relate the correction to the behavior. When puppy has an accident, the best thing to do is ignore the bad behavior, quickly take the puppy outside and if he finishes going outside reward puppy with treats and praise. Praise should be just as rewarding as treats. Obviously we can’t keep an eye on our dog when we are not home or asleep and the crate is the perfect tool to avoid accidents from happening. The goal is to not give the puppy an opportunity to have an accident. If the puppy damages your house or has an accident then blame yourself not the puppy.

Make the crate a comforting place for the puppy. In the wild, dogs, especially pregnant females, search out dens. A puppy’s natural instinct is to stay close to the den environment. In time your young dog will learn to like his or her crate. When our dogs became old enough to not need the crate we left it out because they like to nap inside on their own. Put in a small amount of bedding, (no expensive beds at first), cover the top and sides with a dark blanket, and leave the front open to replicate a den. Keep it out of the sun, away from any A/C units, and put it into a corner where the pup can get a good look across a room. I guarantee one thing, your puppy will howl like it is the end of the world the first few nights in the crate. The most important thing is to not give in to the crying. If you do, you reward the dog for crying. That behavior will be learned instantly. Leaving your house is another time the dog will cry until it is a little older. You won’t be there to hear it so it’s much easier to ignore. The crying is not from being in pain, the puppy just wants to be with you. This is the puppy’s instinct kicking in again. Dogs are not loners but in a suburban environment you must train your dog to be alone while you are at work or at the grocery store. Before you leave, quickly put the dog in the crate with no fanfare, give it a treat or toy to occupy it and leave quietly. As with leaving, when you come home do it quietly and quickly.

Potty training and the crate go together very well. I mentioned it earlier but again I have to stress that you cannot let a young puppy out of your sight. A young puppy will want to go to the bathroom every few hours throughout the day and the night. The KEY is to make this happen outside and not in the living room. Every few hours take your puppy outside and watch it go. Have a key phrase/word that you will train your puppy to recognize. (“get busy”, “go pee”) Have a treat ready and be prepared to offer the treat and praise the puppy within a couple of seconds after the business. As soon as the puppy hits the grass, start saying the key word. If the puppy doesn’t respond in a couple of minutes then try it again in an hour. The puppy will associate the grass and the key word with going to the bathroom quickly. The treats and praise will reinforce the behavior. At night, the puppy will start off needing to go once or twice. As soon as you hear your puppy moving around in the crate in the middle of the night, open the crate, pick the puppy up, and carry it outside to the grass. Remember the treat and the praise even though it’s 3 am. Try to get the pup out before the crying really commences. Your crate should be large enough for the pup to stand up, turn around and stretch out but not big enough to let the puppy go to the bathroom and then just move away from it. Instinct won’t let the puppy go to the bathroom in it’s own den.

The other thing that will help immensely in potty training is to get your pup on a set food and water schedule. Planned meal times and set times where water is available will help you learn when your pup needs to go out. Water should be available during the day but don’t let the puppy drink excessively right before bedtime.

Tips for Feeding a Raw Diet on a Budget! 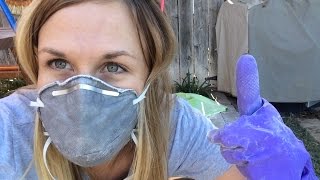 Tips for Feeding a Healthy Raw Diet on a Budget

3 Things To Add To Your Pets Diet to Boost Health